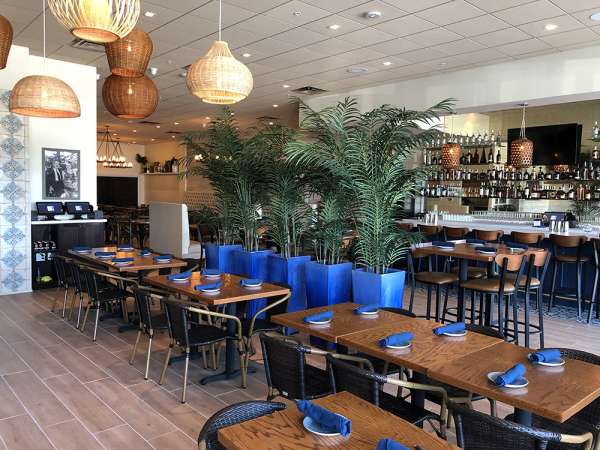 StoreTech+co is pleased to have completed the 5th restaurant for the Padrino family. The team at StoreTech+co designed and built the new location in Dania Pointe in addition to working on the millwork, furniture, fixtures and artwork.

Family-owned and operated for three generations, Padrino’s Cuban Cuisine has been serving South Florida authentic Cuban recipes made from the freshest ingredients since 1976. The acclaimed restaurant was originally founded in 1976 in Hialeah by Cuban immigrants, husband and wife Diosdado and Rosa Padrino, who eventually relocated to a larger space in 1981, opening Padrino’s Hallandale. In 1982, the tradition was passed on to their son, Mario Sr., who along with his wife, Nayade, opened a second location in Plantation in 1992, followed by Padrino’s Boca Raton in 1996,  Padrino’s Orlando in 2008 and one in Fort Lauderdale in 2018.